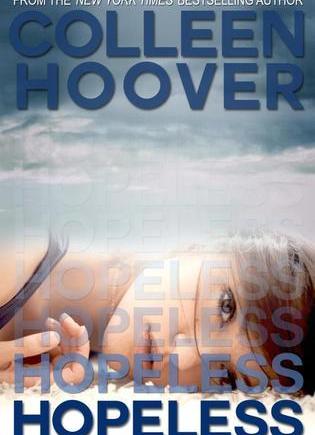 This review may include spoilers

That’s what seventeen-year-old Sky realizes after she meets Dean Holder. A guy with a reputation that rivals her own and an uncanny ability to invoke feelings in her she’s never had before. He terrifies her and captivates her all in the span of just one encounter, and something about the way he makes her feel sparks buried memories from a past that she wishes could just stay buried.

Sky struggles to keep him at a distance knowing he’s nothing but trouble, but Holder insists on learning everything about her. After finally caving to his unwavering pursuit, Sky soon finds that Holder isn’t at all who he’s been claiming to be. When the secrets he’s been keeping are finally revealed, every single facet of Sky’s life will change forever.

I didn’t have any expectations before reading this book. I was intrigued by the synopsis and I wanted to read another Colleen Hoover book as I’d read Slammed and loved that.

Sky’s behaviour worried me. She was too trusting and naive. I would like to think teenage girls have more sense than Sky. I don’t think I would have trusted Holder so easily. Attractive people are sickos too and maybe there could have been another way Colleen Hoover could have brought these two characters together instead of the way she did.

When I finally did learn about the secret, everything made sense. I understood why Holder behaved the way he did.

The story intensifies towards the end of the book. It kept me curious, so many secrets were being revealed but some parts of the story seemed unbelievable. I was expecting something better.

I think people are complex and they aren’t just good and evil. They should have reasons for their behaviour, which some characters did not.

To conclude Sky made some bad decisions. And ‘slammed’ was better.

Feel free to leave a comment below and let me know what you thought of the review or the book.

One thought on “‘Hopeless’ by Colleen Hoover”